What Is Hamsa Evil Eye Meaning? “9 Must-Know Facts” Will be the hot topic for today’s article.

The human eye symbol located in the middle of the Hamsa Hand is known as “the Evil Eye” symbol.

The Hamsa Hand symbol, which is associated with protection against the evil eye and bringing prosperity to life, often comes along with a human eye symbol, mostly located in the central axis.

Many people believe that the use of these amulets has proven to be a life-changing moment for them. These amulets help them in combating the disasters the world has to offer.

However, the use of the evil eye symbol along with the Hamsa Hand has always been a contradictory topic. Different religions have their own perspectives regarding this issue.

Table of Contents
1 What Is The Hand With Eye Mean?
2 Does The Hamsa Hand Always Have An Eye?
3 Why Does The Hamsa Have An Eye?
4 What Is The Difference Between The Hamsa And The Evil Eye?
5 Which Is Better Evil Eye Or Hamsa?
6 What Is The Meaning of Eye Of Fatima?
7 What Is The Hand With The Eye?
8 What Does The Blue Eye Mean?
9 Is It Disrespectful to Wear An Evil Eye Symbol?
10 Final Thoughts On… What Is Hamsa Evil Eye Meaning? “9 Must-Know Facts”
11 Frequently Asked Questions
11.1 Is it necessary for the evil eye to be gifted?
11.2 To which culture does the evil eye symbol belong?
11.3 Can anyone wear the evil eye symbol?
12 Sources

What Is The Hand With Eye Mean?

The human eye symbol located in the middle of the Hamsa Hand symbol is known as “the Evil Eye” symbol.

You might think that it is a symbol of evil as the name is giving evil vibes itself.

However,  the word evil eye refers to the symbol of a human eye that is used for similar purposes as the Hamsa Hand.

Looking similar to a human eye, the evil eye serves as a protector against the harmful effects of the evil eye.

The Hamsa Hand – Popular Yoga Symbol – Ever Wondered What It Means?

Does The Hamsa Hand Always Have An Eye?

Why Does The Hamsa Have An Eye?

The evil eye symbol on the Hamsa Hand serves as a guard from the nasty and awful effects of the evil eyes.

The presence of the evil eye on the Hamsa Hand amplifies the defensive impact of the Hamsa Hand. Both serve basically the same function.

What Is The Difference Between The Hamsa And The Evil Eye?

Both the Hamsa Hand and the evil eye are used for almost the same purposes. Both are used as a protective shield from the harmful effects of the evil eye and ward off bad vibes.

The basic difference between both is that the Hamsa Hand also lets in good luck, peace, prosperity, health, and wealth along with protection and the evil eye just serves as a defense mechanism against bad luck and mishappenings.

Which Is Better Evil Eye Or Hamsa?

One cannot neglect the importance of both these symbols. Both the Hamsa Hand and the evil eye have their own distinctions.

The Hamsa Hand symbol and the evil eye symbol, when used together, assist each other’s function and show better results.

What Is The Meaning of Eye Of Fatima?

The Muslims refer to the Hamsa Hand as the Hand of Fatima. Hazrat Fatima was the daughter of the Prophet Muhammad (peace be upon him) and she was a pious and noble lady.

The Muslim women consider her as a role model.

Many Muslims refer to the eye in the Hamsa Hand symbol as the Eye of Fatima. The Muslim women believe that the “Eye of Fatima” will bring strength, power, and good luck to them.

What Is The Hand With The Eye?

The Hand of Hamsa or the Hamsa Hand is a symbol very popular among Muslims, Jews, Buddhists, Hindus, and Christians.

What Does The Blue Eye Mean?

There are different colors of the evil eye symbol available in the market. All these colors refer to a specific function.

The blue eye, also known as the “Nazar Boncuk Charm” or the “Turkish Eye Bead” is an evil eye symbol placed on a blue background.

It helps in keeping you safe from the harmful effects of the evil eyes of the world and keeps you protected. It is also used for luck, security, and prosperity.

You can wear it as a ring, pendant, locket, or bracelet or even hang it in your house, office, workplace, etc.

Is It Disrespectful to Wear An Evil Eye Symbol?

Most people don’t consider it a disrespectful act. However, some might feel reluctant to wear these symbols because of either their religious beliefs or it makes them look odd in this modern era of technology.

One cannot deny the fact that the evil eye exists in this world. Not everyone will be happy for you always.

People will be envious of you sometimes it and sometimes they will hate that why you are so successful, happy, or popular.

The use of the evil eye symbol can help you protect yourself from the fatal effects of such toxic people. It’s always better to be on the safe side.

If you liked reading What Is Hamsa Evil Eye Meaning? “9 Must-Know Facts” you will love reading What is the difference between an amulet and a talisman? “Explained”

Now let us quickly go through some of the most frequently asked questions about the relationship between the Hamsa Hand symbol and the evil eye symbol.

Is it necessary for the evil eye to be gifted?

To which culture does the evil eye symbol belong?

The use of the evil eye symbol is found to be associated with Greek culture and is a hundred years old concept.

Can anyone wear the evil eye symbol?

Yes. Anyone can wear the evil eye symbol. It just depends on your own social, moral, and religious values. 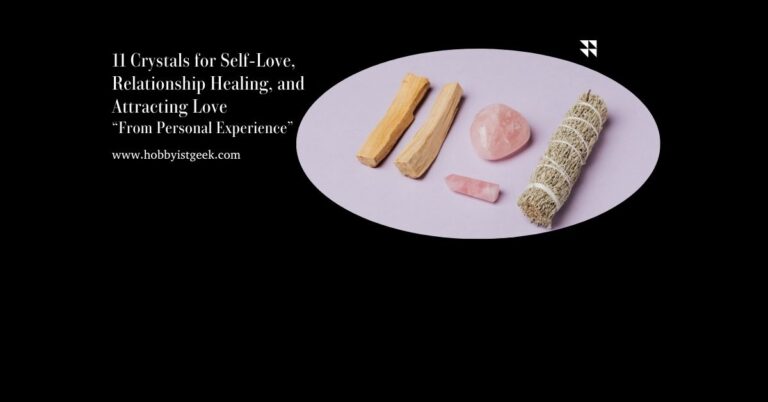 11 Crystals for Self-Love, Relationship Healing, and Attracting Love “From Personal Experience” I hope this article was helpful for you. When I was going through a break-up, I found that using crystals for self-love and relationship healing could help me to move on. I would recommend using Selenite to cleanse and purify your soul, Citrine… Everything About Fairy Stone Crystals is the topic for this article. You will learn so much that you will almost be an expert on Fairy Stone Crystals. What is the purpose of fairy stone? For centuries, among many people, fairy stones have served as good luck and protection for talismans. Many tribes in northern Canada…

What Is Labradorite Crystal Good For? “26 Important Facts Explained” I have included the most important facts for Labradorite Crystals. Please Enjoy! Labradorite is a mineral that has been used for centuries by shamans and healers. This stone is known for its ability to change energy. It can make it powerful for change. Labradorite can… 8 crystals that Will Help Us Gain The Confidence We Need! “Explained” will be the topic for today’s article Enjoy! When it comes to confidence, some people seem to have it naturally. It comes more naturally to some than to others, and it’s important to recognize that these dips in confidence are natural and can…