What Is So Special About Graff Jewelry? “7 Need To Know Facts” If you like diamonds you will love to read this article.

Graff Diamonds were founded in 1966 by Laurence Graff. He is known as the “King of Diamonds” and has become one of the most successful jewelers in the world.

Graff left school at age 15 to become an apprentice jeweler and soon went into partnership with Schindler.

In 1960, he founded Graff Diamonds and began selling his own jewelry designs to retailers all over England.

The company is known for its high-quality diamonds and exquisite craftsmanship.

The Graff Jewelry Brand is one of the most well-known diamonds and jewelry companies in the world.

What many people don’t know about, however, is the story behind how Graff got started and what makes this brand so different from all other diamond brands out there.

The founder of this company was named Laurence Graff who had diamonds in his blood.

He was born to Polish Jewish immigrant parents who were both diamond cutters in Antwerp, Belgium where diamonds come from and he helped them with their business when he was just a young boy.

What Is The History Of Graff Jewelry?

At the age of 15, Graff left school and became an apprentice. He soon went into partnership with Schindler, a jeweler, repairing rings and creating small pieces of jewelry in a small shop.

That shop went out of business and so Graff began selling his jewelry designs independently to jewelers all over England. In 1962, he had two jewelry stores. He had his first one in Hatton Garden.

Graff Diamonds were founded by Laurence Graff in 1960. He became a jewelry designer, working for Schindler Jewellers before he started his own company.

In 1966, Robert Thomas designed the ribbon bracelet that won the De Beers Diamond International Awards competition and it helped to launch the company.

By 1974, he had begun specializing in supplying diamonds to wealthy buyers from Saudi Arabia and Brunei. One day Prince Turki II bin Abdulaziz Al Saud walked into the store and bought everything including a 14-carat diamond!

Graff has been given an award. These awards are called OBEs. Graff got one because he works in the jewelry industry and does a good job.

What Were The Top 5 Iconic Graff Jewels?

Graff Jewelers is a brand that is well-known for its diamonds and fine jewelry. What many people may not know, however, is that Graff is also known for its innovative jewelry designs.

In fact, Graff was the first jeweler to ever create a pair of diamonds that were identical in every way.

This incredible feat was accomplished by cutting and polishing a single 50.23 carat D Flawless emerald-cut diamond. As if that wasn’t impressive enough, Graff then set out to craft two diamonds that were identical in every way.

This momentous task was finally realized in 2018 and is a true testament to the vision of Laurence Graff.

The next part of these top collections of Graff jewelry, the Graff Lesotho Pink diamond ring, was unveiled in 2019.

Cut and polished from a 13.33-carat rough pink diamond unearthed at the Letšeng mine in the Kingdom of Lesotho, the same mine from which the 603 carats Lesotho Promise hailed, Laurence Graff, called out, “Promise!” as he held the exquisite diamond in his hands.

“This is the most vivid pink rough diamond I’ve ever seen, and it’s a precious find,” he said when they bought it.

“I am sure the polished diamond that comes from this rough will be an auspicious addition to our product offerings.

The Lesotho Promise is a rare 603-carat rough diamond, discovered in the Southern African Kingdom of Lesotho. It was acquired by Laurence Graff in 2006 and set about transforming it into one of the most iconic jewels of all time.

The stone was found in a previously abandoned diamond mine high in the Lesotho mountains and named because of the promise it held for the discovery of diamonds of In this tiny landlocked kingdom, the importance of these rivers will be similar to what they are now.

The future of the two countries, both of which have an identical level of importance in this tiny landlocked realm, looks bright.

The Graff Peacock brooch is a stunning piece of jewelry that has become iconic due to its impressive design and high value.

The brooch is made up of rare diamonds in a variety of colors, including blue, pink, yellow, orange, and colorless diamonds.

The centerpiece of the brooch is a 20.02-carat Fancy Deep Blue pear shape diamond. This beautiful brooch is sure to impress and will turn heads when worn.

The Graff Ruby is the world’s most important ruby. It was discovered in the Mogok Valley of Myanmar, formerly Burma, which is historically the origin of the finest rubies.

The Graff Ruby weighs 8.62 carats and displays a unique combination of characteristics that make it rare and valuable. The red gemstone also has an old mine Burmese origin, weight, purity, clarity, and color.

How Many Times Were Graff Jewelers Robbed?

This is one unlucky company having to be robbed 6 times.

Final Thoughts On… What Is So Special About Graff Jewelry? “7 Need To Know Facts”

Laurence Graff grew up with diamonds in his blood and he knew from a young age that it was what he wanted to do for the rest of his life.

He had seen how hard his parents worked and even helped them when they were cutting gems as a teenager but eventually decided on going into business for himself instead.

Laurence Graff Diamonds is a leading diamond jewelry brand. It was founded in 1960 by Laurence Graff, who had previously worked for Schindler Jewellers before starting his own company.

After working with Robert Thomas to design the ribbon bracelet that won the De Beers award competition, he began supplying diamonds to wealthy buyers from Saudi Arabia and Brunei.

One day Prince Turki II bin Abdulaziz Al Saud walked into his store and bought everything including a 14-carat diamond!

After reading What Is So Special About Graff Jewelry? “7 Need To Know Facts” please Read my article about the 30 Iconic Luxury Jewelry Designers “Explained” To find out the many iconic jewelry designers that are the most popular today. “Some May Surprise You!”

Laurence Graff was married to Anne-Marie, who is French. They later divorced. Together they had three children; two sons and a daughter. His son, Francois Xavier Graff is the chief executive of the family business.

What Was Laurence Graff Nick Name?

A British jeweler, Laurence Graff, was nicknamed the King of Diamonds.

How Many Shope Does Graff Diamonds Have?

The company Graff Diamonds has thirty shops scattered in various cities around the world. How Can You Tell Real Sterling Silver? “12 Examples” is the topic for todays article. There are a few simple tests you can do to determine if your silver jewelry is fake. One is to test for color. Silver jewelry should have a whitish-gray hue, while fake silver will have a yellowish color. Are you…

Are Jewelry Warranties Worth It is the topic for today’s article? Enjoy! When it comes to jewelry, is a warranty worth it? This is a question that many people ask themselves, and the answer is not always clear. Although some jewelry stores offer extended warranties, they usually aren’t worth much. If your ring was damaged,… What Is The Strongest Jewelry Chain? “Explained” is what we will be going over in great detail. My aim is to answer your questions so you will be able to choose the best jewelry chin for you. The strongest jewelry chain is made up of interlocking links that do not have a bending point, so… Van Cleef Arpels Inspired Jewelry “Explained” the facts are covered about Van Cleef & Arpels. Van Cleef & Arpels company was established in 1906 by the Van Cleef brothers and Alfred Van Arpels they have remained one of the most prestigious jewelers in the world for more than a century because it continues to create… 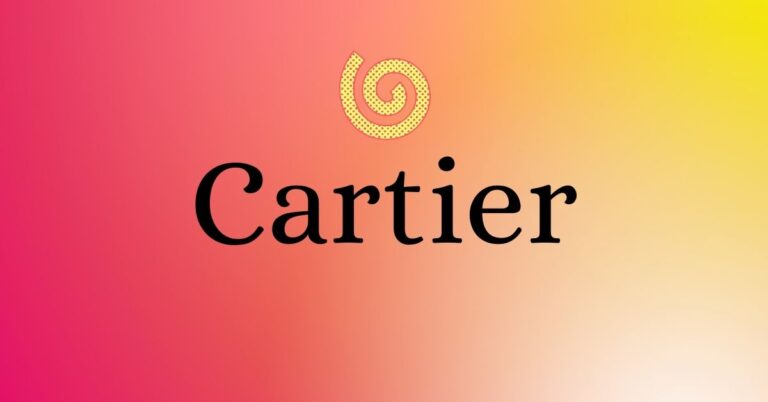